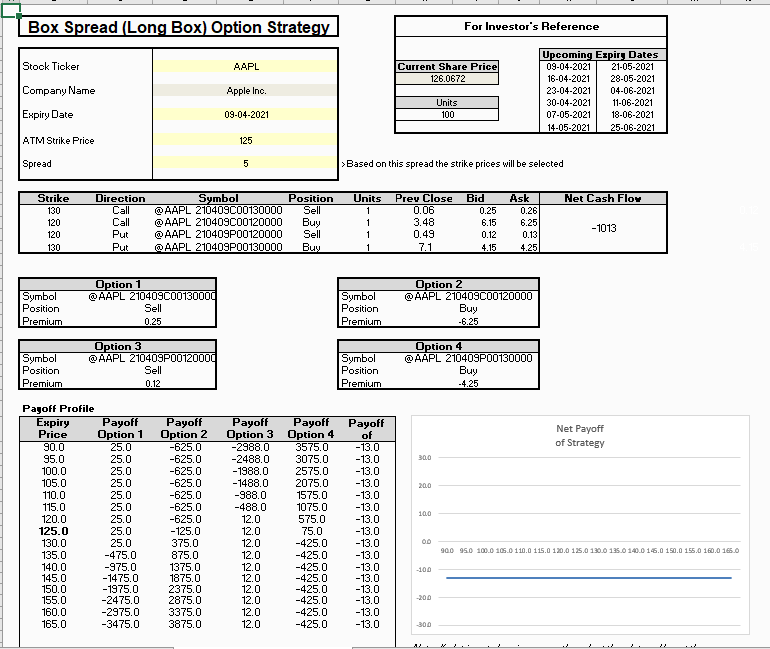 A box spread, commonly called a long box strategy, is an options arbitrage strategy that combines buying a bull call spread with a matching bear put spread. A box spread can be thought of as a vertical spread, but one that must have the same strike prices and expiration dates. A box spread is optimally used when the spreads themselves are underpriced with respect to their expiration values. When the trader believes the spreads are overpriced, they may employ a short box, which uses the opposite options pairs, instead. The concept of a box comes to light when one considers the purpose of the two vertical, bull call and bear put, spreads involved.

Instant Delivery, One time price, exclusively made for MarketXLS users

Important: This template is only recommended as a purchase if you are an existing MarketXLS Subscriber with an active license Pro Plus or Pro Plus RT plan (get your subscription here)

This template uses MarketXLS functions to pull information. Without an active MarketXLS subscription it will not be useful. Read terms before purchasing