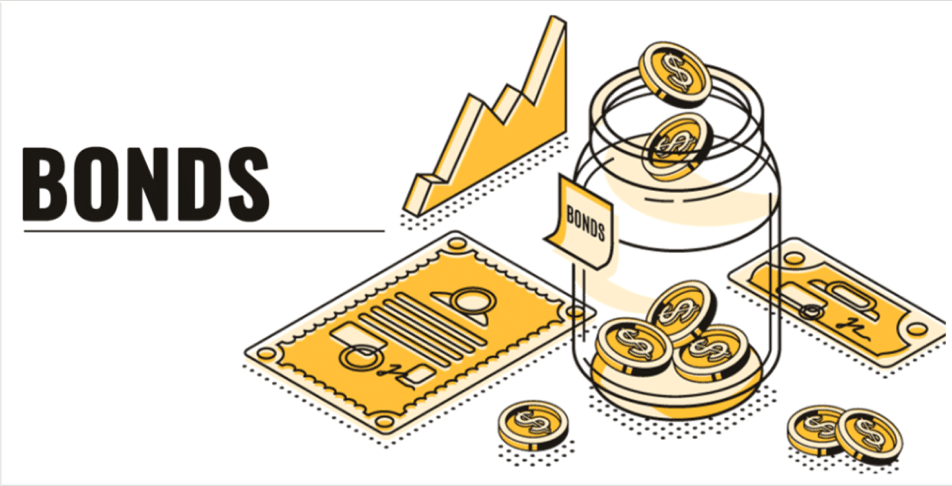 Yield to maturity (YTM) is the effective rate of return that fixed-income securities earn if held to maturity. It depends on the issue price & coupon rate of the securities. A Yield Curve is formed by plotting the YTM of bills/notes/bonds across different maturity periods. It can be for both:

However, it is important to note that the yield curve is different from the term structure (spot rates), which is calculated using the bootstrapping method (discussion for some time later).

The shape of a yield curve can be of three types:

A prolonged inversion of the treasury yield curve for months has been argued to be a leading indicator of upcoming recession within the next 1-1.5 years in the US market for the last 50 years. The graph below shows the spread between 3-month and 10-year treasury yields.

In the above picture, the white circles highlight the phases when the discussed spread is negative and the red region highlights the following periods of recession.

The movement in the yield curve can be of 3 different natures:

The curvature of a yield curve is measured by butterfly spread.

In this strategy, it is assumed that the yield curve is positively sloped and remains constant. Suppose an investor needs to invest in bonds for, say, 3 years. Instead of buying a bond of 3 years maturity, one would buy 10 years maturity.

So, after 3 years, the remaining maturity of the bond will be 7 years, and the yield will be at 4.9%, i.e., lesser than 5.5%. As we know, rates of interest and bond prices are inversely related, there will be capital appreciation in the price of the 10-year bond, and thus the investor will earn more than the initial 4.4% in case of buying a 3-year bond.

However, the downside to this strategy is that by buying 10 yr bond instead of 3yr bond, the duration of the portfolio increases, which makes it more sensitive to interest rate changes.

When the bond yields are set by the central bank in the form of an unconventional monetary policy, it is called Yield Curve Control. The Fed targets an interest rate at a specific maturity by buying the necessary quantity of debt and pegs the yield at the decided level. It is different from quantitative easing, where the target is not a specific interest rate but a specific quantity of bonds.

In 2016, the Bank of Japan pegged the yield of the 10-year Japanese Government Bonds at 0% with a fluctuation band of 10 basis points. The band was widened to 20 basis points in 2018.

The current outstanding value of the fixed income instruments issued by the Govt as well as private bodies in the United States market is valued at ~$50 trillion as of Dec’2020. In the last 12 months, more than $800 billion worth of instruments has been issued every month. The yield curve is one of the most important aspects of fixed income instruments and is also widely used in inferring the direction of the economy.

Interpublic Group of Companies Inc. (The)